BF Logistics s.r.o. (hereinafter referred to as BF Logistics) has been operating on the rail freight market since 2005, when it was founded by 5 people as a project management organisation. Currently, the company is owned by three partners, each of whom owns 1/3 of the company. The registered capital of the company is CZK 1,002 thousand and 100 % of it has been paid up.

BF Logistics s.r.o. has been operating on the market for more than 13 years and during that time it has managed to successfully establish itself both on the Czech railway market as well as the Slovak and Hungarian markets. Its most significant activities include operating national and international rail freight services, operating 27 railway sidings in the Czech Republic and ensuring the transport needs of customers in the construction of railway corridors and other transport structures.

For the provision of these services, BF Logistics s.r.o. uses its own and leased locomotives, diesel and electric traction, which are suitable for the operation of freight trains on the railway infrastructure in the Czech Republic, the Slovak Republic and border areas with the neighbouring states or for regular operation of operated sidings.

BF Logistics is a purely private company that has no ties to any interest groups, and therefore it is completely independent in terms of its decision-making. 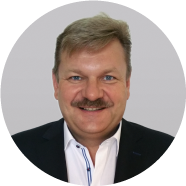 After graduating from the Secondary Technical School in Šumperk and completing basic military service, he joined the legal predecessor OKD, DOPRAVA, a.s. in 1991 as a shunter. In 1992-1995, he held a number of manual and subsequently technical positions. In 1995, he took over a position with a separate operating unit of the aforementioned company for the first time, and a year later, as part of the expansion of OKD,Doprava, a.s., he assumed a leading position in managing railway transport in the Louny region. In April 1996, he took over management of the operating area of Mělník, within which the transport of limestone, coal and construction materials as well as the operation of railway sidings was provided. He is the author of several separate outsourcing projects, not only in the area of servicing of industrial complexes (sidings ), but also the servicing of handling areas, e.g. material landfills, or technological transport. From 2003, he worked intensely on the Slovak transport market and then in 2004, based on the authorisation of the Board of Directors of OKD, Doprava, a.s., he founded a subsidiary joint-stock company Železničná dráhová doprava (abbreviated as ŽDD) based in Bratislava where he was a member of the Board of Directors. Under the auspices of this company, he also participated as a project manager in the tender for the operation of the siding Kappa Packaging in Štúrovo and the project submitted was evaluated as the winning bid. He holds several certificates in the field of logistics and strategic management, has completed CIMA/NIMA A, B marketing courses and in 2004 he successfully graduated from an MBA study programme at Liverpool John Moores University.

After completing studies at VŠDS, with a specialisation in the operations and economics of rail transport, he joined the legal successor OKD, Doprava, a.s. in 1986. During his long career in this company, he has been through several manual and technical-economic professions in the field of railway transport and freight. In 1995, when the liberalisation of the railway market in the Czech Republic began to open up with an amendment to the Railway Act, he began to specialise in the issues of this business area – operating rail transport on national and regional railways and related matters. During his engagement in the field, he has built a complete know-how necessary for the development of this progressive field in the company. He was the founder and creator of two regional offices focusing on the organisation and management of rail transport in the environment of so-called "external carriers". Since 1997, he has been substantially trying to carry out transport in cooperation with foreign carriers; however, these efforts were not crowned until the success in 2005. He regularly participated in international conferences focusing on the issue of rail transport, international trade fairs, he completed the CIMA-A marketing course, holds a certificate obtained by studying "Czech Transport and Logistics on the Way to the EU" with content focused on community law and selected EU-related issues. In the years 2004 – 2005, he worked as a representative of OKD, Doprava, a.s. in a working group dealing with the issue of charges for the use of railway routes in the Czech Republic. 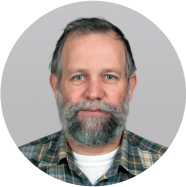 Radomír Vrána - 1/3 of the ownership interest